, (GLOBE NEWSWIRE) -- (NYSE:PH), the global leader in motion and control technologies, today announced that , currently Vice President, Operations for the , has been elected by the Board of Directors as Vice President and President – .

“Our strategic approach to succession planning allows our executives to build the experiences and skills necessary to continue the transformation of our company,” said , Chairman and Chief Executive Officer. “Rachid’s demonstrated operational leadership and international experiences with , and more recently within Parker, will serve him well in this critical role leading our .”

Bendali began his career in 1998 with at its location as an engineering co-op. Subsequently, he held roles of increasing responsibility in engineering, value stream, and product line management. In 2007, he was promoted to Business Unit Manager within LORD’s operations. He then became Director, Aerospace Sales and Business Development for LORD, based in . In 2015, he became leader of the global Aerospace and Defense commercial function for LORD based in and was later named Vice President with responsibility for Aerospace and Defense sales, marketing and programs.

After Parker acquired and formed the Noise, Vibration and Harshness Division in 2019, Bendali was named General Manager of the newly formed division. In , he was named Vice President of Operations for the with responsibility for multiple divisions.

Bendali holds a Bachelor of Science in Mechanical Engineering with a specialization in polymer engineering from the . He also has a Master of Business Administration degree from the . He is a green belt. Bendali currently serves as a board member for Children’s Flight of Hope, a non-profit organization that provides air transportation for children and their families so that they can more easily access specialized medical care anywhere in . 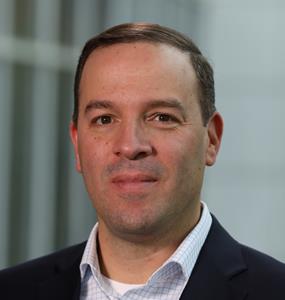